WASHINGTON — Republicans just got a big argument for sticking with President Donald Trump and pushing forward with dismantling “Obamacare.” And Democrats are looking almost incapable of translating the energy of their core supporters into actual election wins.

Tuesday night’s outcome in a Georgia special House race was a triumph for the GOP, and the most recent, and devastating, illustration of the Democrats’ problems, from a weak bench and recruiting problems to divisions about what the party stands for.

Instead of a win or even a razor-thin loss by Democrat Jon Ossoff that many had expected, Republican Karen Handel ended up winning by a relatively comfortable 4 percentage point margin in the wealthy suburban Atlanta district previously held by Health and Human Services Secretary Tom Price.

That followed another recent Democratic disappointment in Montana, where the Republican candidate won even after last-minute assault charges, and an earlier loss for the Democrats in Kansas.

Indeed the best news Democrats got Tuesday night was that a different special House race, in South Carolina, ended up closer than the Georgia contest even though it had drawn little national attention. Republican Ralph Norman beat Democrat Archie Parnell by around 3 percentage points in South Carolina, closer than expected and a warning sign to the GOP not to take any seat for granted.

But for Democrats, having failed to unseat a Republican in four special House elections in a row despite an extremely energized base, it’s now a time for soul-searching — and finger-pointing. 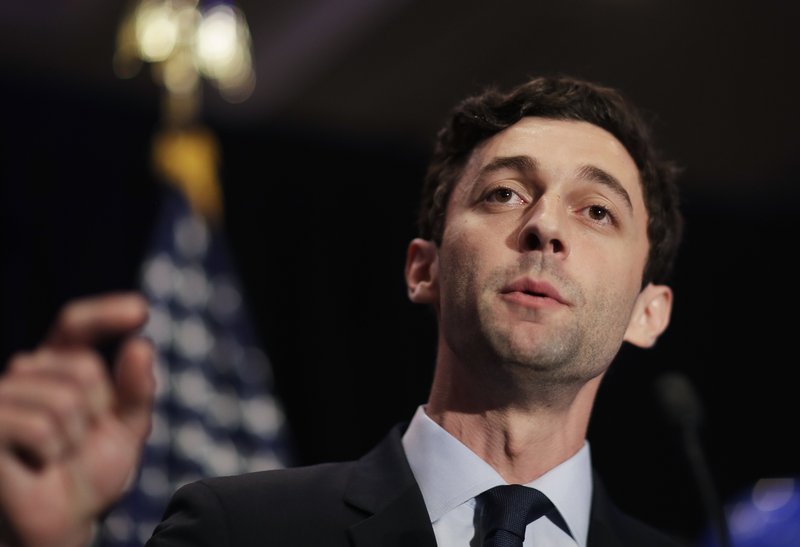 Ossoff ran a careful campaign and shied away from talking about Trump, and some groups on the left wasted no time in insisting that Democrats must draw brighter contrasts with the GOP.

“Defeating Republicans in districts that they have traditionally held requires doing something drastically different than establishment Democrats have done before — specifically, running on a bold progressive vision and investing heavily in direct voter contact,” said Jim Dean, chair of Democracy for America.

The Georgia race was the most expensive House race in history, with many millions spent on both sides. The fact that that level of investment failed to pay off with a win against a Republican candidate widely viewed as uninspiring left Democrats frustrated and dispirited heading into the 2018 midterm elections. Democrats will need to pick up 24 House seats to take back the majority.

The outcome “better be a wake-up call for Democrats — business as usual isn’t working,” Rep. Seth Moulton, D-Mass., said over Twitter. “Time to stop rehashing 2016 and talk about the future.”

House Democratic leaders tried to downplay the loss ahead of time, pointing out that the Georgia race took place on GOP-friendly terrain, as did the other recent special elections. Rep. Joe Crowley of New York, chairman of the House Democratic Caucus, said that there are 71 districts that will be more favorable for Democrats to contest than the one in Georgia.

“This is a heavily Republican district,” Crowley said. “It never should have been this close to begin with.”

But for Republicans from the president on down, it was time to celebrate.

As the results rolled in Tuesday, AshLee Strong, spokeswoman to House Speaker Paul Ryan, mused over Twitter, “Remember when they told us we’d be punished in the special elexs for following through on our promise to #RepealAndReplace #obamacare?”

Indeed the string of special election wins, especially in Georgia, sent a powerful message to Republicans that they must be doing something right, even though Trump’s approval ratings are low by historical standards and the GOP has yet to notch a single major legislative accomplishment on Capitol Hill. Far from rethinking their support for Trump or their plans to undo former President Barack Obama’s health care law, Republicans seem likely to stay the course.

And as for the Democrats, they, clearly, are doing something wrong. What exactly it is, and whether they can fix it, will be debated in the weeks and months ahead.