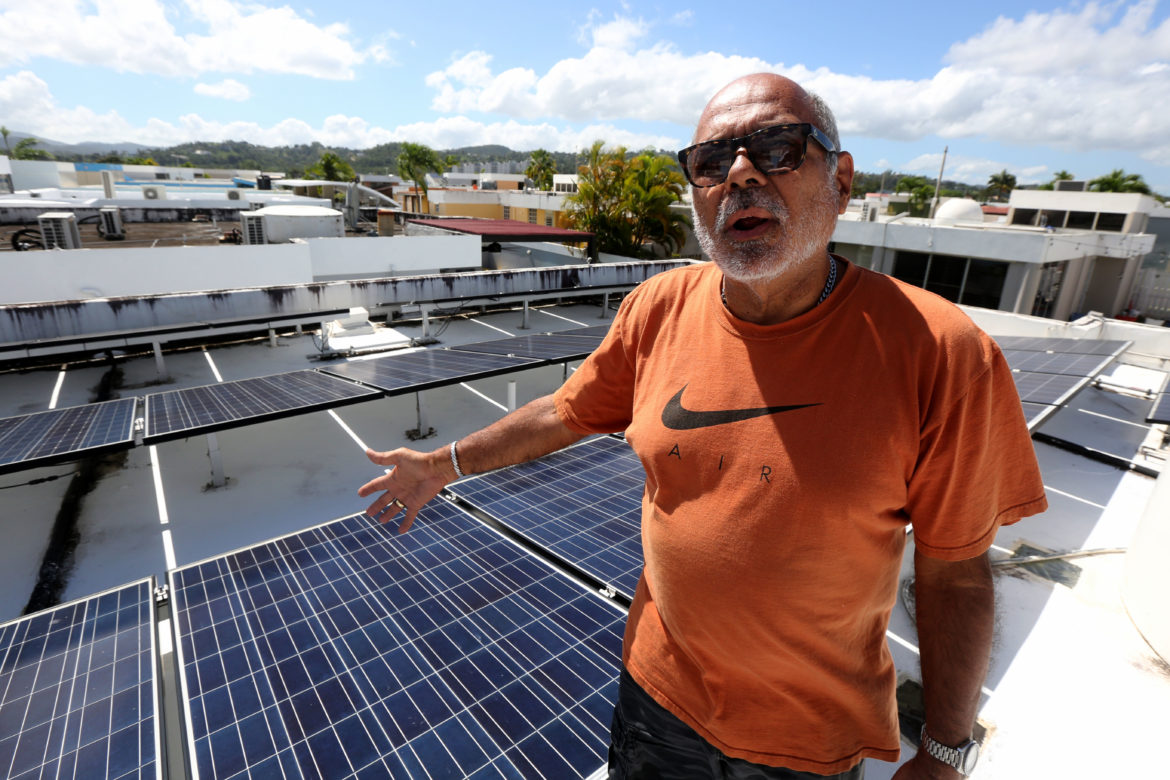 Edgardo Rodríguez, resident of Carolina, decided to install Sunnova’s solar panels to save on the bill, but ended up paying more.

The 436 consumers who filed a complaint with the Puerto Rico Energy Bureau (NEPR) against Sunnova Energy Corporation, a residential solar panel leasing company, were right. The NEPR recognized in a report the web of problems the complainants faced: the equipment did not provide the service or savings promised to consumers.They had put their signature on a tablet for an allegedly credit check, but the company used the signature to stamp it on a contract that they had not been shown. The clients found out that, to challenge the invoices or seek any remedy, they had to go through an arbitration process (outside the courts and the NEPR) and pay lawyers’ fees. Thus, they ended up tied for 25 years to an energy purchase agreement that they had not seen before signing and from which there was no escape.

But the NEPR concluded on February 15, 2019 that, by forcing them to resolve the disputes through arbitration, Sunnova violated consumers rights to seek remedy before that entity, as mandated by Law 57 of 2014. As a corrective measure, the NEPR ordered Sunnova to amend the contracts, and establish a protocol that discloses the complete information on the services it offers, and to allow customers to object their invoices.

“If I can get out of this contract, it would be wonderful. That contract was very abusive, said Madeline Batista, who requested Sunnova’s service for her home in the southeast town of Naguabo. She was one of those who signed the request for services and credit verification on a tablet and then learned about the details of the contract she had not seen. She never got the savings on her bills.

The solar equipment lacked batteries to store and use at night the energy that had been harnessed from the sun during the day. Most did not even allow them to generate electricity during the day, after Hurricane María’s winds destroyed the power grid, the Center for Investigative Journalism revealed. The installed technology stops working when there is a blackout at the Puerto Rico Electric Power Authority (PREPA).

“I left Puerto Rico because I could not take the hurricane aftermath anymore. I wanted them to provide some batteries for the equipment to work but Sunnova was going to charge me more,” Batista said.

Now she lives in North Carolina with her son, while her husband stayed behind in Puerto Rico, because they cannot get rid of the solar panels and are forced to pay for them.

“This is what is tying us to Puerto Rico right now. The Sunnova people did me wrong, but they  don’t want to take the solar panels back and they threatened to damage my credit and take me to court,” she said.

Sunnova is a corporation based in Houston, Texas, organized under the laws of Delaware and authorized to do business in Puerto Rico as a foreign corporation. It rents some 10,000 solar equipments on the island, to interconnect them to PREPA’s network through the net metering system.

If correctly implemented, this system supplies energy to the consumer and exports the excess to PREPA in exchange for credit. If the consumer needs more power, it buys it from PREPA’s grid.

“The Energy Bureau’s decision is a huge step forward,” said Hannia Rivera Díaz, director of the Independent Office of Consumer Protection (OIPC, for its initials in Spanish), in an interview with the Center for Investigative Journalism (CPI). “It became crystal clear that arbitration is only a voluntary process.”

“It is important that the person who opts for this type of service checks that the company is certified by the Energy Bureau. Consumers should study, prior to signing the contract, on what the content is, the implications, and make sure about the service they will offer,” added Rivera-Díaz, referring to the new energy market that Puerto Rico is heading into after hurricane María, in which every day there are more and more companies offering residential and commercial renewable energy services.

“Sunnova’s practices during the contracting process are not consistent with the obligations that power companies have under Article 6.21 of Law 57-2014, to provide an adequate, reliable and non-discriminatory service,” according to the NEPR’s report.

“Sunnova must make these disclosures clear and precise, making sure the client understands the scope of the service that Sunnova will provide and the obligations that the client assumes when signing the PPA [power purchase agreement], regardless of the client’s academic preparation, or social or economic status,” according to the report.

The NEPR alleged that, in some cases, Sunnova’s salespeople made false representations to the customers, telling them that they could leave appliances on all day, since the solar panels would supply enough energy. The company ensured that customers would only pay $3 monthly for the connection to PREPA, plus the monthly payment to Sunnova for the rented equipment, which would represent up to 30% in savings on their bill, which was not true.

Sunnova carries out its marketing and installation efforts through local companies, which is why many consumers don´t know that they are doing business with a Texan company. According to the report, neither their local partners are required to make the due disclosures in order for consumers to make an informed decision.

One of those partners was precisely Máximo Solar Industries (MSI), a Puerto Rican company that develops, markets and installs renewable systems.

Claims of a first private monopoly in the renewable market
MSI installed solar equipment for the house and the grocery store owned by Edwin Hernández, in the western town of Mayagüez. But Hernández immediately called his bank and cancelled the automatic payment to Sunnova, when he saw that his bills, instead of dropping, soared, according to what he told the CPI.

Sunnova began a legal collection action against Hernández, and he decided to sue MSI, which in turn defended itself by suing Sunnova on Jan. 28, 2019. MSI accused the Texan company of canceling the contract in bad faith and without proper notification and trying to restrict his business. MSI says it has refused to be part of a “master plan” to establish a monopoly in the solar residential market in Puerto Rico. In just five years after arriving to Puerto Rico, Sunnova controls 90% of the island’s residential solar market, according to the lawsuit.

MSI is asking in court for more than $11 million in unpaid bills and damages.

They allege that Sunnova, who lacks enough staff to meet supply services on the island, forces its partners to subsidize the losses in the local market, for which it withholds payments for installation services, a practice that has already caused the insolvency of some six installation companies.

They further argues that Sunnova blames it for losses caused by PREPA, since that agency is not quick to connect the installed renewable equipment to the grid. Investors have stopped providing Sunnova with operational capital for their Puerto Rico market until interconnection problems with PREPA are solved, so they are not paying MSI, according to the lawsuit.

Distributed generation systems (near consumption points) are a measure of resilience in the context of more frequent and intense hurricanes, instead of relying on PREPA’s centralized grid that Hurricane María destroyed, causing one of the longest blackouts in history.

With Sunnova controlling most residential solar panels, Puerto Rico is putting at risk the development of its energy systems, said Attorney José Pérez-Vélez, former director of the OIPC.

“We would be creating another PREPA for distributed generation, but it would be a private monopoly. It would be disastrous for the island,” said Pérez-Vélez, who in 2016, referred Sunnova before the NEPR for investigation. “Máximo Solar’s lawsuit proves us right.”

Sunnova did not respond to a CPI request for an interview. The NEPR gave 20 days, starting Feb. 15, 2019, for the company to submit any objection to the report.

-Eliván Martínez Mercado is an energy journalism fellow at the Energy Institute of the University of Texas at Austin.